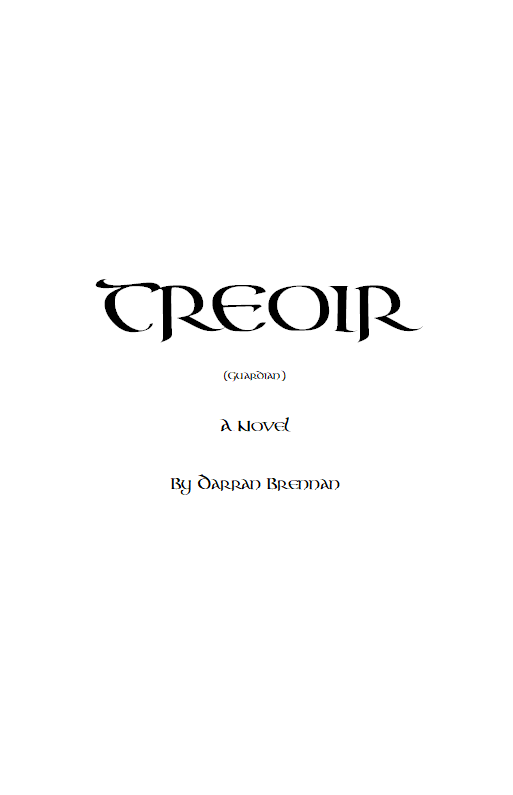 Background about this excerpt: Jonah has albinism and has a natural gift for science. Here, he tells Donnacha about a scientific explanation he has for déjà vu.

There are two theories in Treoir that Jonah tells Donnacha about—and this makes Jonah an important person to him and a driving force when he has to decide to risk everything to rescue him.

I first though, vaguely, about both of Jonah’s ideas as a boy. ‘What if God is just a big brain. What if we live inside that brain’, kind of thing; the stuff kids think of and forget all the time. Those ideas came back to me while writing this, and I developed them using quantum physics and other theories on the universe to underpin Jonah’s ‘musings’. I’m not sure if either ‘theory’ would stand up to proper scientific scrutiny, but they are compelling—and beautiful—when you think about the universe in this way. Enjoy.

We walked in silence together, Jonah trying and failing to assimilate my mood or lack of one. I was resigning myself to the fact that a reduction of all my worries and sorrows to a single and manageable nuance such as guilt had shattered and I would have to endure an unending feeling of falling without ever feeling anything else ever again.

He put his hand on my shoulder and lowered his dark glasses. I stopped walking and turned to face him, not knowing what I wanted to say. He had an angelic expression, like all the wisdom in the world was within him and he could plug and resupply my bottomless pit. “Do you think it knows when someone dies?” I asked, after a lengthy silence. “The universe, I mean.”

“Yes. Do you think it’s conscious about someone dying?”

“I think it’s conscious of everything.” He covered his sensitive skin with his sleeves and hood and held his hand out, staring at it. “When I was young, I used to wonder if I was here. I used to think I wasn’t. Almost like I was seeing myself as a memory.” He showed me the black fossilized crustacean he’d found. “Time is funny like that. Our conscious perception of it runs at a different rate. Time flies, you know? And reality is perception, of course.” I let him ramble, glad to not have to think about Erin. “I had deja vu,” he said. “And I started thinking. What if our galaxy has ended already and we’re glimpsing the consciousness of an observer who is somewhere else where time runs much faster. It could be another sign the universe is conscious and connected quantumly. Our sense of time may make it appear that we’re here, but to that observer, we might be extinct already. We may be able to catch a glimpse of ourselves in the future because of some universal connection, a consciousness showing us a few seconds of what that observer has perceived caused by some kind of quantum entanglement. What do you think?”

I fished out a lump of material with intricate colourful stitching from the water. Hand-woven; a sarong, one from the east, maybe Thailand or Bali. I just stared at it, thinking of Erin. “It’s not good to think I don’t exist, Jonah.”

“No, you do. You’re just catching up, consciously speaking, because we perceive time at a much slower rate. Like data transferred over a slow internet connection. When we see a quantum leap—an electron moving without an apparent traceable path—that may be proof we see time much slower. The electron may have moved so fast, faster than light—and possibly at the speed of consciousness—that we can’t map it.”

“Interesting.” I felt my mood lifting.

I sat in the sand and he sat beside me, giving me a sympathetic grin. I continued to just look at him, wondering how anyone could see him as a curse. “Your family,” I said. “They thought you would bring them bad luck. That must have hurt you.”

He shook his head. “I used to think that, but we bring bad luck on ourselves with our actions and our thoughts, and with our disharmony.” His face was angelic. “When we think only of ourselves, then everything good about the world becomes invisible, including ourselves eventually. All we see is the bad or the possibility of bad, and we have to find someone or something to blame. We never fix the problem, we do things to cover it up. But when we observe the world and take into consideration our affect on it, then it opens for us.” He listened to the birdsong. “Then we exist in harmony with it. In love with it. Love and harmony are quantum and entangled with creation. They are the power in the universe. Maybe we can prevent our extinction by being conscious of the consequences of our actions. Maybe time and consciousness are malleable, just because one observer saw one reality, when unobserved another reality can exist. Like the double-slit experiment.”

Beyond my world of life and death, meaning and meaninglessness, of third points between reason and imagination and all the physical and common laws pertaining to reality, “something always leads me back to harmony, to love,” I said. “Love was like withdrawing from heroin after I’d been without Erin for a while. It scared me to look for it again.” A lump stuck in my throat. “A little more work and you might have a real theory, Jonah.”

He opened his arms. “I was thinking more a religion,” he said and chuckled.

We took a walk up the coast, and I was in a more reflective, philosophical mood.

“We have a college on the island. It’s renowned the world over,” I said. “Would you like to attend?”

“No, we have a different outlook on education at the college. Ned donated all Wann’s paintings, they sell for millions. It’s free on Treoir.”

“How is there a college on such a small island?”

“Erin thought we should do something for Treoir so they’d accept us. She believed a college would make the students more loyal to the island. Many of the students have rejuvenated Saints Rest and Clippers Hook, where before they were leaving.” I took a barefoot walk in the stony sand. “She thought if you charge a student thousands to contribute to society and make them pay high taxes because of their earning potential, you create a mercenary mindset. And when they become worldly enough and skilled enough you may find they will be less inclined to act morally responsibly and may exploit for personal gain. Look at how big corporations operate. It’s more prudent to find ways to make education free. That way you create thankful, respectful, and loyal citizens who want to contribute and improve society for all.”

His eyes were full. “So I can go to college for free?” His voice cracked. “Here on the island?”

“You’ll still have to pass the entrance exam. But you’ll do okay. It’ll be specific to your interest as opposed to a general intelligence score. And we make exceptions for people with ideas like yours.”

His feet danced. “Teachers said I wasn’t smart. I never did well in exams.”

“Maybe you were self-conscious because of the way society is formed into groups. You couldn’t focus on things around you because the focus was always on you. It’s a new start. Come on, I’ll show you the round tower.”